Note: the views expressed here are my own opinions and do not reflect my employers, past or present. Also, yes – the title is clickbait. 😛

I have a problem I need to confront. When I need to get somewhere in a hurry, I will almost never use a ridesharing service – particularly Uber. Even if it’s 2am and I’m far from home after a night out on the town. Even if 6 of my friends all get in one, I will be the one hold-out that opts to find some other means of transportation. Even if it means that it takes me twice as long to get where I’m going. Even if it means I’m late to my own birthday party. 😛 I’m just that stubborn.

Why is this? I believe I’ve developed something akin to an allergic reaction to ridesharing services – and I believe that actions by Uber throughout its ascent have played a major part in this.

I’ll admit this strikes many people as peculiar. After all, I live and work in cities where Uber is hugely popular with my peers. I also work as a product manager in the tech sector and Uber is universally praised as a true “disruptor” here – being one of those standout companies that identified real problems with taxis and delivered a true innovation to market, decimating incumbents in the process. Travis Kalanick is certainly a hero to many, and his company’s success is not completely undeserved.

However, a great product does not exclusively define a great company. Other factors play into my mindset around this. Here I attempt to explain – both to myself and friends who wonder – each of my concerns with Uber. But first, in each case, noting that my concerns are actually systemic problems across the tech industry – which again, I’m part of! 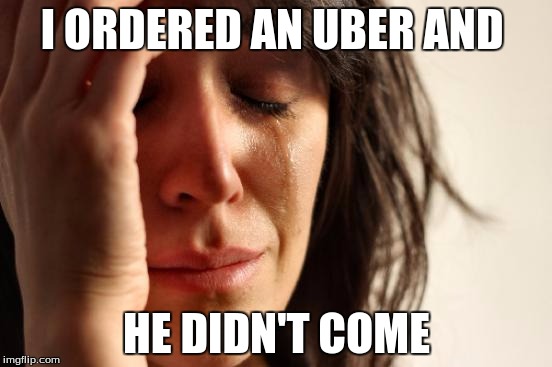 It’s a common best practice in software development – if you have an itch to scratch, chances are good that others have that same itch as well and you can profit by building a solution for everyone.

But let’s take a step back and think about the kinds of people who start companies in the tech industry. Statistics show that founders are generally well off before they dive into entrepreneurship. This makes sense – you’re more willing to risk failure if you have enough savings (or family wealth) to fall back on as a safety net. Also, your odds of success are much greater if you can bootstrap yourself for longer or have a network of wealthy angel investors you can mine. The meritocratic idea that “anyone can build a startup” in America is laughably misleading when you realize that people who can’t even afford housing or healthcare are never going to place a bet that their idea will be the 1/5 of 1/5 of ideas that will become a profitable business.

So if only relatively wealthy people can start companies, and they’re all trying to solve their own problems, what do we get? A crap ton of social media networks, productivity software designed only for knowledge workers, and on-demand services for people with too much money but not enough time.

What’s not getting built instead? Solutions to world hunger, disease eradication, and growing wealth inequality. Innovations in schools, hospitals, governments, and public infrastructure. Better public transportation. Sure, you could argue that there are a handful of companies that are trying to attack these problems – but they’re certainly not getting the level of attention, adoration, and VC funding that companies like Uber are.

Travis Kalanick started Uber to solve a problem for himself: he had a frustrating experience with a taxi in DC, so he built a company to reinvent the entire idea of a taxi. Brilliant, right?

But… how many people really take taxis all the time? How many people use taxis to commute to and from work? How many people think, “these 3 blocks are not worth walking, I’ll just take a taxi”? (Seriously, I drove Sidecar for kicks once and I got that request.)

I don’t believe Uber is designed for anyone less than mass affluent (top ~30%). And you might say that Uber has been moving down-market to solve problems for more tiers of consumers with offerings like UberX and UberPOOL, but Travis Kalanick is on record as saying he intended for Uber to exclusively be a luxury car service. He only reluctantly introduced UberX as a reaction to Lyft undercutting prices, and it’s a money sink. In order to keep their investors happy in the long run, Uber is always going to try to focus on the high end.

Sexism in the workplace (Misogyny) We must face it – the “women in tech” situation is not getting better. Google and Facebook have released their diversity numbers for the last 4 years and the number of females in engineering is essentially flat. People point to a wide variety of reasons:

But I believe the biggest reason by far is how women are treated in the workplace – especially at tech companies where there has been a proliferation of “bro culture”.

I don’t need to reiterate all the shots fired against Uber in this regard, but it suffices to say that there was clearly a widespread disdain for women and – more importantly – a reluctance by upper management to address it. Silence is as good as implicit approval here.

Acting above the law (Audacity) 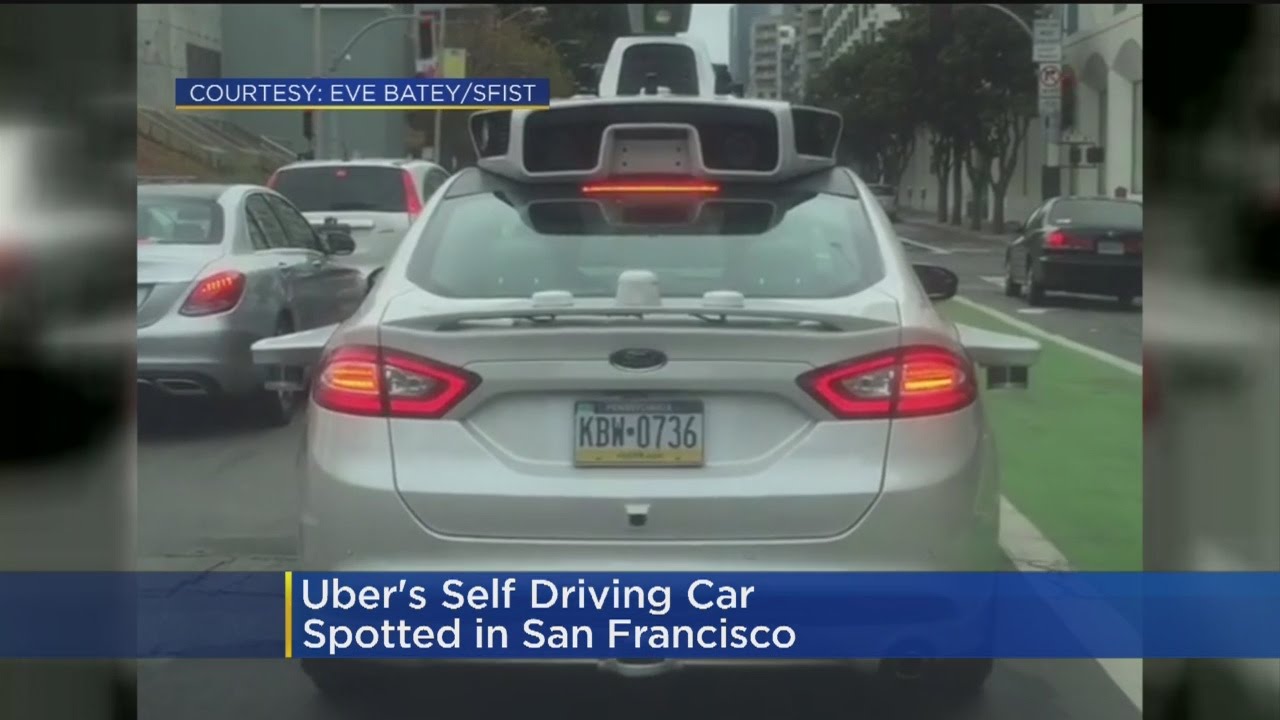 We have a saying here in Silicon Valley: “Ask for forgiveness, not for permission.” It suggests that the cost of paying for a mistake is usually less than the cost of getting explicit approval on everything, and that moving quickly is more important than making sure everyone is happy. This philosophy certainly does speed up projects, but it can be taken too far.

Cases in point: Uber testing a self-driving car in San Francisco with no license to do so. Or even worse, Uber’s “greyballing” tactics to avoid police crackdowns. Or how about blatant intellectual property theft?

I completely understand that some rule-bending is necessary if you’re truly innovating in uncharted legal territory, but in these cases there were clear laws that were broken. Not owning up to (and even flaunting) that they do so? That’s shameless, Uber. Within every successful tech startup, there are usually many legends (and myths) told about the founders. Did Aaron Levie really use online poker winnings to keep Box afloat in the early days? Did Mark Zuckerberg really single-handedly write the first version of Facebook after getting dumped by that girl in the movie? Does Sergey Brin really just wear Crocs? Some of these are just good fun, but they all add up to a create a sense that tech CEOs are infallible and superhuman. If you disagree with them, you’re probably wrong because you can’t grok their amazing vision and strategy.

Sometimes we call this “drinking the Kool-Aid” but let’s be honest – this is corporate propaganda at best and cult brainwashing at worst. I see this happening the most at Facebook where Zuckerberg has a 98% (!) approval rating… and I have yet to meet an employee who has anything critical to say about him.

This effect is clearly present at Uber as well based on the 1000+ employee petition for Travis Kalanick to stay on as CEO even after the recent damning Holder report. Really?

You don’t go into tech because it’s a walk in the park – you go because you want to make a difference and “change the world”. This sometimes necessitates working 60+ hours per week to keep up with your competitors, but hey – there’s always the promise of sweet, sweet equity… which has unpredictable value due to the volatile nature of tech in the market and draconian vesting schedules designed to keep employees tied to their employers for as long as possible.

Then there are all those startup “perks” you hear about, which all have dark sides: the free meals make you dependent on the company for sustenance and keep you working longer hours, while the unlimited vacation is really a way to guilt employees out of taking more than their peers and thus lower PTO usage on average.

Finally, there’s was the #techtopus scandal in 2014 that got way less attention than it should have… and was settled silently out of court for what amounted to pennies for the companies involved. Who knows how many of them have set up the same secret wage-suppressing agreements all over again?

In addition to all the trappings mentioned above, Uber has been notorious for only giving 30 days to exercise stock options after an employee leaves the company – which can be a real financial burden if the employee doesn’t have enough money to pay for the (overvalued) stock and the taxes that would be incurred on exercise. If the employee doesn’t exercise, they forfeit the options back to Uber – essentially nullifying it from their compensation – which is a bummer since Uber is known to use stock as compensation for lower salary.

And if you thought #techtopus was bad, you haven’t heard about Uber’s most recent clever way of suppressing employee salaries.

Let’s turn our attention to those drivers though – it should be obvious by now that Uber believes human drivers are just a stepping stone to their ultimate vision of a completely autonomous fleet. Knowing this, it’s easy to understand why Uber has no problem screwing them again and again and again while simultaneously promoting driving as a legit #sidehustle.

A common response to this is, “Well if the drivers don’t like it they should just leave” – to which I would point out that the real problem is the misleading marketing that promises drivers steady income as a bait-and-switch.

I’ve just outlined a whole bunch of flaws in the tech industry and how Uber goes above and beyond to exemplify them… but not everything is terrible. For example, working in tech has trained me to seek solutions instead of merely complaining about the situation all the time. 🙂

Here are some suggestions of next steps for us all.

Hope this was an entertaining read. As always, I welcome your thoughts and ideas.

One thought on “Why Uber symbolizes everything wrong with tech today”

This site uses Akismet to reduce spam. Learn how your comment data is processed.